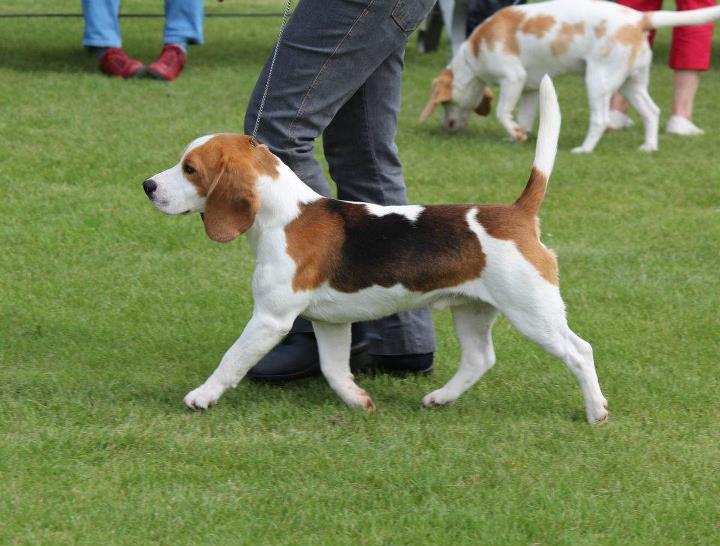 Champion Jarrowley Dashwood, aka Sirus, is a joy to live with showing a lovely temperament which he is passing on to his off spring.  His son Champion Jarrowley Challenger, is doing well in Australia where he has joined Louise and Rodney at Goldengum. We are so pleased to say he has gained his crown and become Australian Champion Jarrowley Challenger[Imp.]. He is also siring some lovely puppies making their mark in the show ring down under.   Sirus’ daughter,  Dazzle has also joined our show team.    Dreyfus, Dazzle’s brother, who has taken over Natasha Bell, also proving himself in the ring.    Younger brother Devonport aka Badger, our clown, is a joy also and much loved.  All Crufts qualifiers.

Their brother  Chancellor is also in Australia.  Challenger,  Chancellor, Dazzle, Dreyfus and Devonport are all out of Jarrowley Calico.

He is by Redcap Renaissance x Jarrowley Hazel

An advertisement we ran featuring Sirus and his progeny. 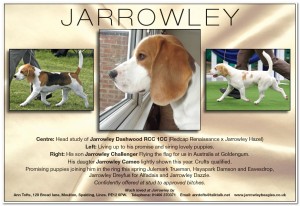 (Click for a larger view & ALT-left arrow to return)